The View’s Whoopi Goldberg is fed up with Joy Behar and screams “what do you want?” in a fiery live moment

WHOOPI Goldberg lambasted Joy Behar on The View during a heated debate over Joe Biden.

The panel was discussing Biden’s decision not to travel to the border during a visit to Arizona earlier this week.

Biden traveled to the state to visit the site of a new microchip manufacturing plant and was criticized for not going to the border.

Asked about his actions, he said “bigger things were going on”.

Joy slammed the move saying, “I have to say Joe Biden could have left [to the border] just to take them away. »

Whoopi cracked in frustration, “He had other things to do! He was trying to… My God, what do you want this man to do? » 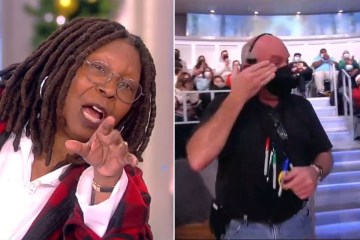 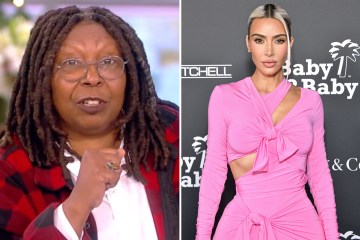 This isn’t the first time Whoopi and Joy have had a tense exchange on The View in recent weeks.

Late last month, Whoopi looked pissed off when Joy interrupted her segment with a sex joke.

The moderator had introduced a topic about people who cheat more on their partners during the holiday season.

Most read in Entertainment

She said: “Apparently one of the downsides of the holiday season is that it’s also the time for infidelity. »

Joy chimed in to declare, “Deck the halls!” suggestively.

His affectionate remark had the panel cracking up, with Sara Haines drowning out Whoopi’s speech with her laughter.

The Sister Act actress seemed taken aback by Joy’s joke and stopped short of composing herself.

Ignoring the comment, she continued, “And a study in psychological science is looking at both cheaters and victims of infidelity to find out why people have affairs. »