the State now owns 90% of the capital, a further step towards renationalization 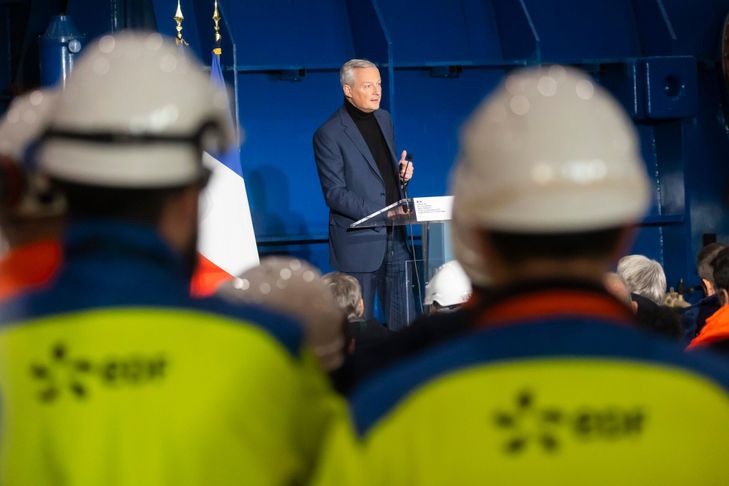 The State announced Friday, January 20, through the voice of the Ministry of the Economy, to have crossed the threshold of 90% of the capital of EDF, a crucial step for the renationalization of the group.

“On January 19, 2023, the State crossed the threshold of 90.00% of the capital and theoretical voting rights of EDF”indicates a press release, noting that the State will therefore be able in a second time “proceed for the implementation of the compulsory withdrawal” EDF shares on the Paris Stock Exchange.

On the stock market, this is a decisive step taken by the State in the context of its public takeover bid (OPA), the deadline for which had been postponed indefinitely due to a legal action. minority shareholders

The renationalization is not yet complete

At the end of the takeover bid, two conditions must be met to allow the State to initiate a compulsory withdrawal of EDF shares from the stock market, i.e. to force the remaining minority shareholders to sell: these must not represent more than 10% of the capital and voting rights.

However, the renationalisation, decided last summer when the State held 84% of the capital, is not yet complete. The takeover offer, which opened on November 24, was originally scheduled to close on December 22. But the AMF decided on December 7 to postpone this deadline indefinitely. “pending the decision of the Paris Court of Appeal on the request for a stay” filed by a group of minority shareholders unhappy with the proposed price.

The hearing to consider this stay is scheduled for January 25. Another hearing is then scheduled on the merits, on March 23, at the Economic and Financial Regulation Chamber of the Court of Appeal.

The operation, costing 9.7 billion euros, is strategic for the State, which wants to build six new generation EPR nuclear reactors, with an option for eight others.

a French record to put into perspective

One million companies created in France in 2022, a first

pension reform 2023, this Thursday was their first "demonstration"

more than a million demonstrators, new day of mobilization on January 31