Emirates’ first A380 to be fully refurbished as part of the airline’s massive refurbishment program was used on the Dubai-London Heathrow service last week.

The current A380s don’t look bad for their age, but they’re a bit bling to me. The fully refreshed A380 features the latest Emirates products and interiors in all cabins, including 56 Premium Economy Class seats on the main deck and new color schemes in carpeting and wall panels. The changes aren’t drastic but definitely take away the bling factor and make them look more modern. I particularly like the look of the new Premium Economy cabin which looks very elegant. 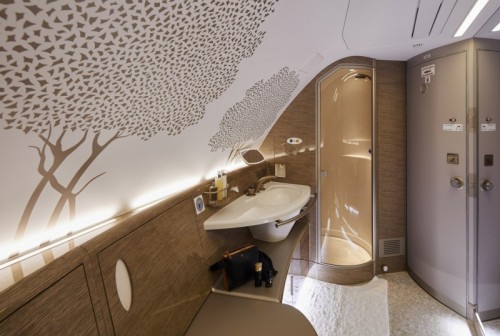 Sir Tim Clark, Chairman of Emirates Airlines said: “Customers will notice the difference as soon as they step on board – the spacious A380 will look and feel even more impressive and comfortable. With our latest interiors and products, this newly refurbished aircraft enhances our flying experience in all travel classes and allows us to offer more Premium Economy seats to meet customer demand. I am particularly proud that these renovations were designed, carried out and completed in-house at our Dubai facilities, to the highest quality and safety standards. This reflects the world-class aviation capabilities and infrastructure that exist within Emirates and here in the UAE.

Emirates’ next A380 scheduled for refurbishment is the A6-EUW, and work is expected to be completed by the end of this month.

As the program progresses, engineers will work simultaneously on 2 aircraft. This means one aircraft in the fleet will be withdrawn from service every eight days and transferred to Emirates Engineering facilities. By 2024, the 67 A380s assigned to the refurbishment will be back in service. Emirates will then begin work on its 53 Boeing 777s for this project. The airline plans to complete the program in 2025.

There’s an interesting time-lapse video of the process here.

It’s no secret that British Airways is significantly behind in its plans to upgrade its planes with the new club suites. All Heathrow-based B777s were due to be completed by the end of 2022, which has not happened. Here is their original renovation plan.

Obviously, that didn’t happen, and I just hope that doesn’t mean that the B777 renovation will take until the fall to complete! With 80% of Heathrow’s B777s having been refurbished, we’re definitely getting closer to the finish line where seeing a B777 aircraft means you definitely have a Club Suite.

British Airways will begin refitting its 787-8 aircraft with the Club Suite with a significant change in cabin layout as well. The new layout will have 31 in Club, 37 in Premium Economy and 136 in Economy. In contrast, they currently have 35/25/154. They are also expected to start work on the B787-9 this year. The B787-10 is already equipped with the new Club Suites. You can read my review here.

The seats will be distributed in two small cabins.

The first route is currently scheduled for Baltimore on October 30, and it also airs in Montreal in December as well. 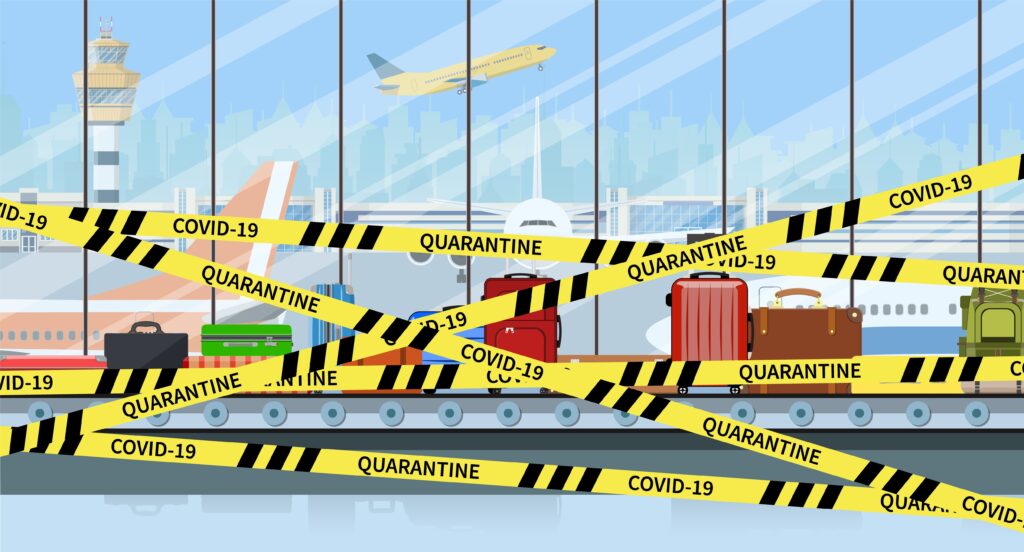 We were all hoping to have seen the last minute rule changes in Thailand and the lack of clear information, but unfortunately they seem to have returned to 2021 in a time machine! After China announced it would open its borders, Thailand announced that it would require all visitors to have proof of vaccination or recovery for visits from January 9. They justified it by saying it would be discrimination if they just asked visitors from China.

As usual, there weren’t many concrete details until the rule went into effect. After finally producing some rules, there was a big outcry from the Thai tourism industry (not surprisingly).

Then, on Monday the 9th, the Tourism Authority of Thailand confirmed that the rule had again been dropped.

Thai authorities need to master their process for these kinds of announcements, because even if they have been canceled, these kinds of knee-jerk reactions and sudden rule changes can have a detrimental effect on tourism when they can least afford it. .