“Just cross the street”, the end of a world, in one click 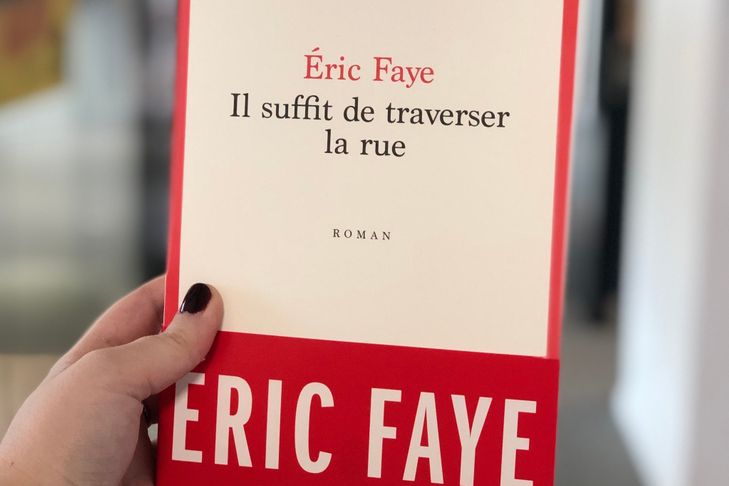 The more a writer tackles ordinary situations, the more original and talented his pen must be. This is, in any case, what we are convinced of when reading the new novel by Éric Faye. Without the elegant precision of its vocabulary and the melodious swing of its phraseJust cross the street could have slipped towards the anti-liberal pamphlet of which there are many.

But if the author is here perhaps more political than usual, his intelligence and his sensitivity guarantee him from the demonstrative emphasis as from the moralizing temptation. Written in the first person – an immediately endearing person despite his little cowardice – the story, very concrete even in its quirks, constantly remains up to people. This generous and romantic incarnation once again proves the power of a good story.

Journalist in an information agency whose invisible and omnipotent American management orchestrates the reorganization, namely the reduction of costs, Aurélien Babel feels his last professional hour has arrived. But, a poet in his spare time, he intends to take advantage of the situation and take advantage of a departure plan accompanied by a comfortable check.

Farewell to the collective revolt to save jobs and the defense of the nobility of the profession. The narrator even agrees to go through the “retraining” box, which everyone knows is futile for a 57-year-old employee. His career is also a pretext for particularly comical pages in their administrative absurdity. “The proposed training was far from inspiring me, but in any case I did not aspire for a moment to convert myself into anything other than an elite dreamer, a Stakhanovist of idleness. »

Between his office where tension is mounting between colleagues whose first and last names Éric Faye recites with the scrupulous care of a civil registrar, and his home, passing through a few rather sinister visits to his in-laws, the narrator details the stages of this liquidation. As a disillusioned actor, but never plaintive, and as a lucid spectator of this ” funny war “ between white collars: “Difficult to capture information in this usually noisy writing but whose soundtrack now recalls a famous film by Commander Cousteau. »

Novelist, essayist, translator, journalist (in a press agency, etc.), Éric Faye is the erudite author of works bordering on the strange, instilling a hint of the fantastic into everyday life. Of The man without footprints at Chopin’s Telegraphist, identities slip away, certainties waver. Here, economic brutality claims to put order to this vagueness which weakens but illuminates life. Even in business, even in the 21st century, even in the age of real-time information.

In its magnificent My night trains, the writer praised the wagons piercing the darkness, favoring the traveler’s predilection for slowness and contemplation. He was defending this “poetry in the process of disappearing” under the sound ” worst ennemy “, this daytime TGV proud of its speed. Just cross the street pursues, in its own way, the melancholy inventory of the programmed defeat of a world deemed obsolete.

In Spain, the huge project for the restitution of works looted under Franco

UK government rules out return of Parthenon friezes to Greece