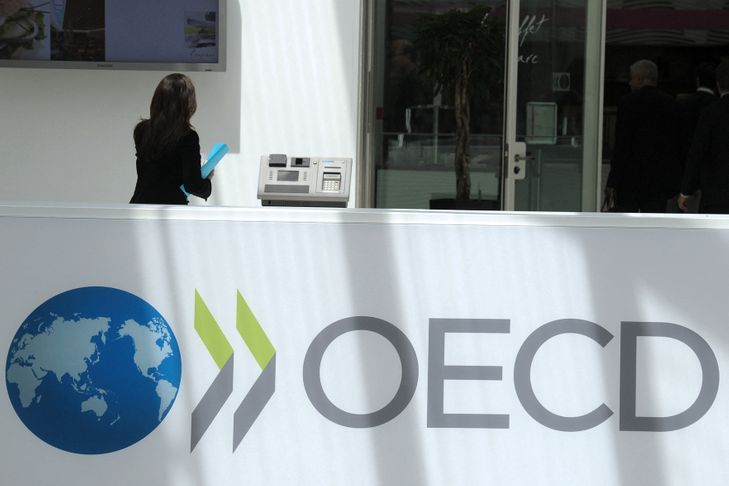 Coming from a working-class region of the United Kingdom, Clare Lombardelli led a brilliant career in the British Treasury. She will soon be the new chief economist of the Organization for Economic Co-operation and Development (OECD), the organization announced on Friday 13 January. Clare Lombardelli will replace, from May 2, Laurence Boone, a French economist who left last July to join the Borne government as Secretary of State for European Affairs.

As Chief Economist, Clare Lombardelli will be in charge of economic policy analysis and advice for the 38 member countries of this organization which brings together the major developed economies.

At 44, Clare Lombardelli already has a great career behind her within the British Treasury administration. Originally from Stockport, an industrial town on the outskirts of Manchester, she has a master’s degree in economics from the London School of Economics and a bachelor’s degree in philosophy, politics and economics from the University of Oxford. Then she worked in economic forecasting at the Bank of England, before joining the civil service in 2005.

Opponent to Brexit and adviser to Cameron

She was, successively, deputy director of labor market policy at the Ministry of Finance, then director of strategy, and finally the first woman appointed chief economist of the British Treasury, a position she still holds.

In the meantime, she was private secretary to the Chancellor of the Exchequer, the Conservative George Osborne, and economic adviser to Prime Minister David Cameron at 10 Downing Street. She has also served on a mission to the International Monetary Fund and her name has been circulated as a possible candidate for Governor of the Bank of England.

When Britain had to decide on Brexit, it was identified as “remainer”, a supporter of keeping the United Kingdom in the European Union. It will therefore be in line with the OECD’s vision on this subject. The institution’s analyzes have indeed continued to criticize Brexit as a mistake, from a strictly economic point of view.

The OECD had thus estimated, at the time of the referendum to leave the EU, that the choice of Brexit would cost the British three points of growth in four years. These criticisms deeply angered the British Conservative government of the day.

OECD statement announcing Clare Lombardelli’s appointment describes economist “highly respected” and having “twenty years of experience in economic analysis and policy-making in the UK”. At the Organisation’s headquarters in Paris, she will help the leaders of member countries to make economic policy choices in a period that the OECD describes as ” critical “.

The organization thus lists, among the challenges to be met, “the economic implications of the COVID-19 pandemic, Russia’s war of aggression against Ukraine, as well as the structural transformations needed to ensure the green transition”. On all these subjects, Clare Lombardelli will be in charge of proposing the best possible path to member countries.

the issue of the employment rate of 60-64 year olds